José Luis Cuevas: On the Resistance of Bodies 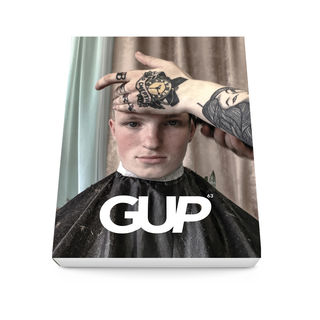 The project On the Resistance of Bodies by José Luis Cuevas (b. 1973, Mexico) collects material that signifies violence and the vulnerability of the human body, such as photographs of crime scenes, (nude) portraits, morgue images and car accidents. Shot in Mexico City, the series represents the omnipresence of violence in the city’s culture as well as in Cuevas’ own life. Besides this, he addresses a wider concept of the political, economic and social systems that govern us.

For the portraits of mostly naked or semi-naked men and women, Cuevas summoned people from the streets and through newspaper ads and paid them to appear in front of his camera. By doing this he makes a statement: by getting compensated for taking off their clothes, the subjects are submitted to the photographer’s authority. Every person has their own story, whether of living on the streets or making money in risky ways.

Cuevas lost his little brother at an early age and his father a few years ago. He has seen both in the hospital, completely exposed. This made a lasting impression on him and confronted him with the notion that bodies are defenseless. Having become extremely scared of losing more loved ones, he started compulsively checking [police press covers]. This project is a way for Cuevas to cope with his own paranoia in the context of a brutal environment.

José Luis Cuevas' project 'On the Resistance of Bodies' was featured in GUP #63.